Original Airing: APRIL 7  -  1 P.m.- 2  P.M. CT
Due to the Discussion format, this event was not recorded. However, supporting materials are available below.

In light of recent events, the topic of sexual compulsivity has captured our nation’s attention.

Please join us for a fascinating hour of conversation and information sharing led by Dr. Helen Friedman on this very timely topic. Invite your colleagues. Connect with your fellow psychologists. Bring your questions for Dr. Friedman.

The event is open to members and non-members alike.

​All health professionals may attend these open discussions. Please share the link below with your friends and colleagues.
Please note: this webinar will be conducted via Zoom.  By registering for this webinar, you are agreeing to Zoom's privacy policy. 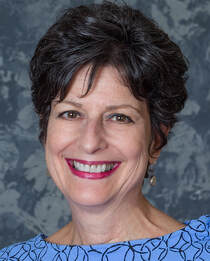 Helen Friedman, PhD, is a clinical psychologist in private practice in St. Louis since 1981. Her specialties include compulsive sexual behavior, sexual trauma, dissociative disorders, posttraumatic stress, and gender identity. She has presented on these topics at national and international scientific conferences and has made numerous appearances on television, radio, and in print. Dr. Friedman is past president of the St. Louis Psychological Association; on the advisory board of the Society for the Advancement of Sexual Health (SASH, formerly the National Council on Sexual Addiction/Compulsivity); and a recipient of the SASH Merit Award, presented to her by Patrick Carnes, PhD, whose groundbreaking book Out of the Shadows opened up the field of sexual compulsivity. She is featured in the book, The Successful Therapist (Wiley, 2005).

Download File
Interested in becoming a MOPA Member?  Learn more now...
​If you have issues registering online or prefer to register via phone, please contact Emily at 888-995-6672 or via email at support@mopaonline.org
This training is supported by Missouri Psychological Association. The contents are solely the responsibility of the authors and do not necessarily represent the official views of MOPA.
Prefer to sign up via phone?
​Please call 888-995-6672 (MOPA)