This workshop is presented by a coalition of over 30 State, Provincial, and Territorial Psychological Associations
REGISTER NOW...

DESCRIPTION
This webinar will start with a review of the justifications cited by perpetrators of mass attacks,
as well as a consideration of underlying psychological dynamics. Next, three psychological types
of mass attackers will be presented to demonstrate the intersection of their internal dynamics
and life experiences. Following this, four additional cases will be reviewed to highlight the
variability in functioning among perpetrators and the need to look behind superficial
accomplishments to detect risk factors for violence.​

COURSE OBJECTIVES
At the conclusion of this course, participants will be able to:
1. Identify three psychological categories of mass attackers.
2. Explain the role of identity issues and aspirations in mass attackers.
3. Discuss the intersection of psychological dynamics and life experiences as risk factors for
violence.
Please note: this webinar will be conducted via Zoom.  By registering for this webinar, you are agreeing to Zoom's privacy policy. 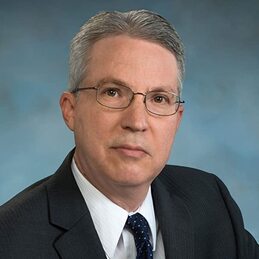 Dr. Peter Langman is a psychologist whose research on school shooters has received international recognition. His book, Why Kids Kill: Inside the Minds of School Shooters, was named an Outstanding Academic Title and was translated into German, Dutch, Finnish, and Russian. His work has been cited in congressional testimony on Capitol Hill and he has been interviewed by the New York Times, The Today Show, 20/20, Nightline, Fox, CNN, the BBC, and nearly 500 other news outlets in the USA, Canada, South America, Europe, Asia, Australia, and the Middle East. After the Sandy Hook attack, the CEO of the American Psychological Association presented Dr. Langman’s recommendations on school safety to President Obama. He has presented at both the FBI Headquarters in Washington, DC, and the FBI National Academy in Quantico. He has been an invited speaker at the National Counterterrorism Center and was hired by Homeland Security to train professionals in school safety. He maintains the largest online collection of materials relating to school shooters at www.schoolshooters.info, including over 500 documents totaling 65,000 pages. His book, School Shooters: Understanding High School, College, and Adult Perpetrators was published in 2015. In 2018, Dr. Langman became a researcher with the National Threat Assessment Center of the United States Secret Service. In 2020, he became the Director of Research and School Safety Training with Drift Net Securities. His new book is Warning Signs: Identifying School Shooters Before They Strike.
REGISTRATION
REGISTER NOW...
​MOPA Members  must be in good standing to receive the discounted rate on this webinar event.

Are you a student/intern, but not a MOPA Member?  Email Emily at support@mopaonline.org to register for this event for free.

​Interested in becoming a MOPA Member?  Learn more now...
​If you have issues registering online or prefer to register via phone, please contact Emily at 888-995-6672 or via email at support@mopaonline.org
This training is supported by Missouri Psychological Association. The contents are solely the responsibility of the authors and do not necessarily represent the official views of MOPA.
Prefer to sign up via phone?
​Please call 888-995-6672 (MOPA)